Philanthropy leaders are encouraging Congress to make the IRA Rollover permanent. This would allow IRA owners 70½ years and older to donate up to $100,000 annually from their IRA accounts. Today, IRA owners often wait in limbo until December to receive confirmation of a retroactive extension before making a transfer to the university.

What can you do now?

Although there is currently no legislation for the 2015 IRA Rollover, you can still request that your IRA administrator transfer funds from your IRA to the University of Saint Mary. Without an extension on a renewal, your gift will count as taxable income, but it can count toward all or a portion of your minimum required distribution (MRD). And if Congress reinstates the 2015 IRA Rollover, your gift will not be counted as taxable income.

Renewal for the 2015 tax year remains a possibility — Congress has renewed the IRA Rollover from 2006 to 2014. Because the decision is typically made in December, it’s hard for Saint Mary to spread the word quickly among alumni and friends. Once the decision is announced, we’ll share the verdict via email. I also have a special calling list that I’ll be in touch with. Let me know if you would like to be included on this. 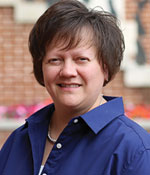