Van Ibsen, director of the University of Saint Mary theatre program and a USM stalwart for 35 years, has been named recipient of the Kansas Independent College Association’s (KICA) Faculty of Distinction award—celebrating excellence and achievement among faculty at the 18 accredited private colleges and universities in Kansas.

Ibsen—a skilled director and designer—has over 300 credits in directing and 500 credits in design in theatres from New York to Salt Lake City. Van was instrumental in starting theatres in La Porte, Ind.; Nevada, Mo.; and in Kansas City: Theatre for Young America, Fundamental Theatre, and Gladstone Theatre in the Park—where the stage was named “The Ibsen Stage” in his honor. Ibsen and his wife received the City of Gladstone, Mo. “Key to the City” award in 2013, along with being awarded the Missouri Regional Citizenship Award for their dedication to the City of Gladstone.

Since 1980, Ibsen has taught a range of courses at USM—from scene design to playwriting—while also directing two main-stage shows each year, a children’s touring production, the mime show, and the one-acts. He’s responsible for designing, constructing, and painting the sets for all four main stage shows.

Local government agencies and industries, and faculty members from USM, K-State, and the Command and General Staff College at Fort Leavenworth engaged students in hands-on experiments and workshops.

From food science to aquaponics, NASA to 3D printers—awe, amazement, and fun—three words that describe the day.

More than 150 USM volunteers packaged over 16,000 meals for Tanzania in the university’s annual effort to combat hunger on Saturday, Nov. 7. Like last year, the event honored the memory of John Baker, a former board member and long-time supporter of Saint Mary, and husband to
Letty Baker, C’62.

“It’s about helping those in need—a simple way for us to support people who don’t have as much as we do,” said Dr. Caroline Mackintosh, natural sciences and mathematics department chair, and participant at this year’s food packaging event. This is the fifth year Dr. Mackintosh has brought her family to the event. She said, “I think this is one of the best events on campus. It brings the entire Saint Mary community together—our alumni, university friends, faculty and their families—with a single goal and promises a huge and lasting impact.”

Dallas Henry, C’99, came home to his old stomping grounds to shoot a commercial this October.

Henry, a USM theatre grad and writer and director of the commercial, said, “As I was writing the script for this Capital Federal commercial, it became very clear USM was where we needed to shoot this.

“I always love coming back to my alma mater, and to come here to film is incredibly special for me.” 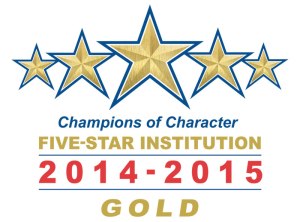 Member schools were graded on demonstrated commitment to the program—earning points in five categories: character training, conduct in competition, academic focus, character recognition, and character promotion. Schools earned additional points based on exceptional student-athlete GPAs and no game ejections during the academic year.

Only 29 schools earned gold status—scoring 90 and above on the NAIA scorecard. Saint Mary was one of just two Kansas Collegiate Athletic Conference (KCAC) teams earning top status with an overall score of 92.

Saint Marians rarely back from a challenge. In true Saint Mary fashion, we’ve taken on a $400,000 Mabee Grant Challenge, and we need a team of supporters to help us reach our lofty goal.

Read how you can join the challenge here. 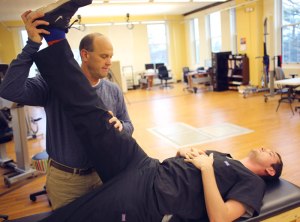 USM will offer exercise science courses this spring—welcoming its first official cohort to the new major in fall 2016. Workforce demand in the field is strong.

The Bureau of Labor Statistics projects a 19 percent growth for exercise physiologists between 2012 and 2022.

Employment opportunities range from biomechanist to exercise physiologist to personal trainer, while the degree is also a solid foundation for graduate school—whether it’s athletic training or physical therapy.

8. ‘Came from Kansas to See Francis!’ 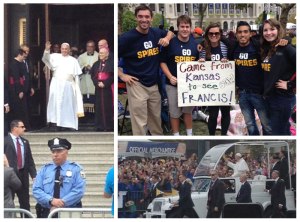 Hundreds of thousands of Roman Catholics made a pilgrimage to Philadelphia to see Pope Francis on the last leg of his first-ever visit to the U.S., and USM was there.

The group caught two close-up glimpses of the pontiff—thanks to their 4 a.m. arrival at the Cathedral Basilica of Saints Peter and Paul. “This was a once in lifetime opportunity, and a trip that I will never forget!” said Maliszewski. “To be in the middle of this historical event was just surreal.” 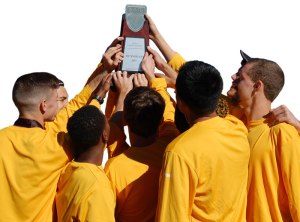